A vote on SB 1166 and SB 1168 will most likely occur within the next week. These bills would allow the Pennsylvania Game Commission (PGC) and the Pennsylvania Fish & Boat Commission, respectively, to set their own license fees. If these bills pass, the agencies would be able to better manage their wildlife conservation programs. As you may know, the PGC has recently eliminated biology aide positions due to lack of funding. Some of these aides were an important part of bird conservation work in the PGC. The agencies haven’t had a license increase in years because legislators don’t want to vote for a fee increase, and that hurts the birds!

Please contact your state Senator and ask him/her to vote FOR SB 1166 and SB 1168. You can find your legislator here. 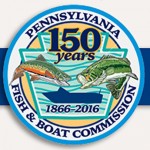 In case you wonder why JVAS is so concerned about this issue, Scott Weidensaul has provided more reasons why birders should support these two bills. Scott recently posted this on the PA Birds Listserv:

The PGC hasn't had a license fee increase since 1997, primarily because the General Assembly has been holding it hostage to force lower antlerless (doe) license allocations, thus permitting an increase in the state's deer population. We have decades of research that shows, very clearly, how whitetail overbrowsing has badly damaged PA's forests, and especially populations of forest birds (like least flycatchers and wood thrushes) that depend on a dense understory for nesting habitat. The science is clear: We have too many deer, but the Legislature has been able to use the commission's lack of legal authority to set license fees as a cudgel to keep deer numbers higher than they should be. This bill could be a first step toward correcting that issue.

And as Laura pointed out, the PGC's current fiscal crisis has resulted in significant cuts in staff and programs, with the ax very heavily on nongame programs. One can argue about whether the agency puts an appropriate emphasis on nongame wildlife even under the best of circumstances, but these days birds are really taking it on the chin. And birders; the commission has said it may need to close Middle Creek to the public as a cost-saving measure.

Both agencies — the Game Commission and the Fish and Boat Commission — need a more stable income stream to manage the wildlife they are mandated to protect for our benefit. These bills would remove a significant element of politics from the mixture, and deserve our support. Whether or not you're a license-buyer, please contact your state senator immediately at the link above, and ask them to support SB 1166 and 1168.